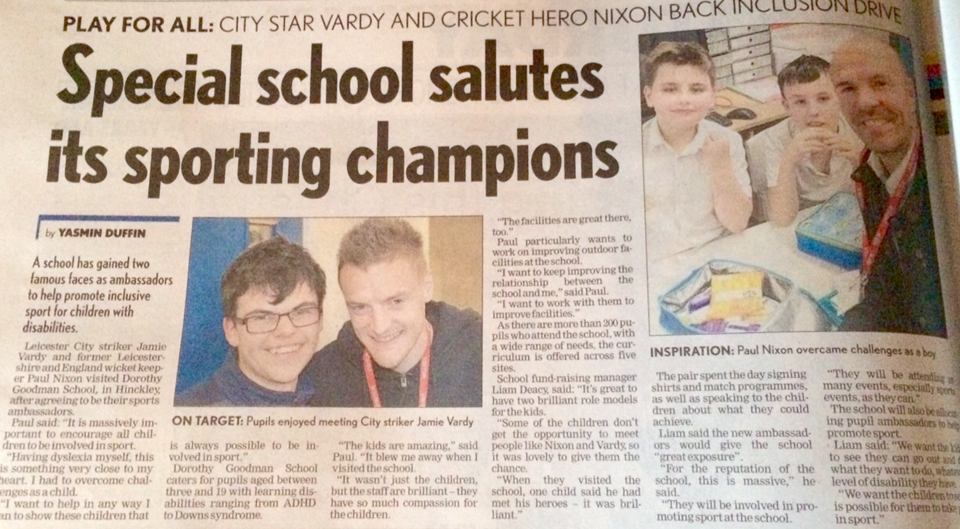 Paul Nixon has become an ambassador for Dorothy Goodman School in Hinckley, Leicestershire; a role that will see the former England wicket keeper promote inclusive sport for children with disabilities.

Paul takes up the role alongside Leicester City Football Club striker Jamie Vardy, who will also act as an ambassador for the school.

“It is massively important to encourage all children to be involved in sport,” Paul said.

“Having dyslexia myself, this is something very close to my heart. I had to overcome challenges as a child.”

Dorothy Goodman School caters for pupils aged between three and 19 with learning disabilities ranging from ADHD to Downs syndrome. There are more than 300 pupils that attend the school with a wide range of needs, with the curriculum offered across five sites.

Paul’s appointment as an ambassador for Dorothy Goodman School featured inside Leicester Mercury (20/12/14).