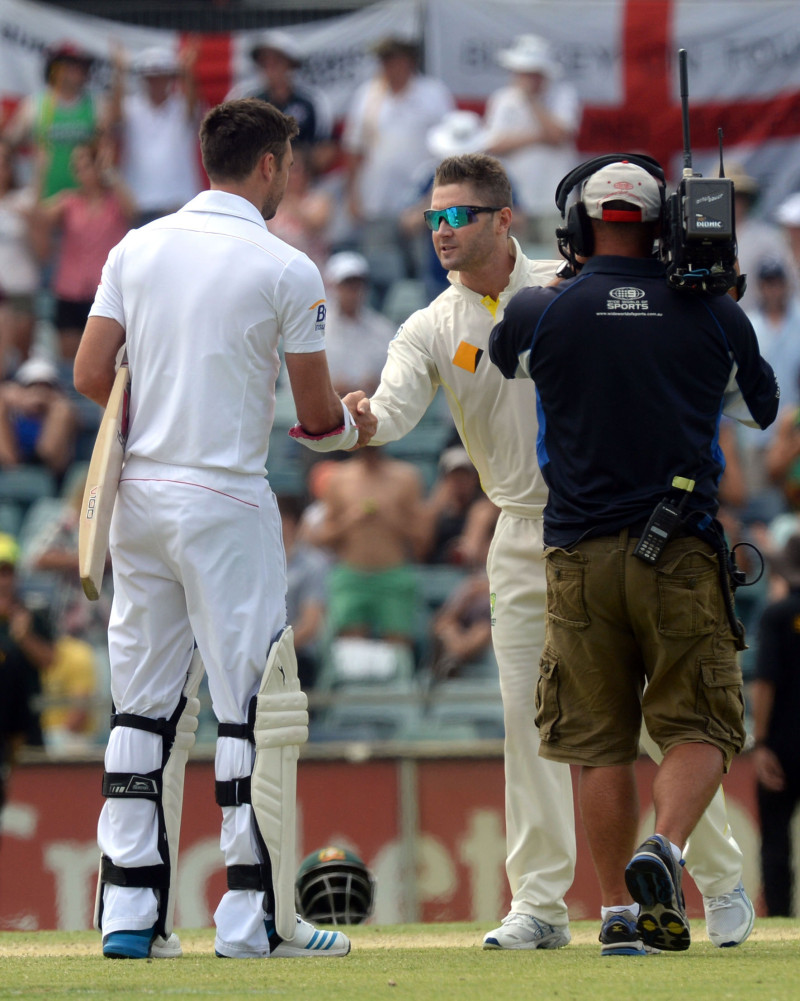 When it comes to verbals in cricket, how much is too much?

This question has arisen from the feisty Ashes series dominated by Australia, where there has been a great deal of flak flying on and off the field. I have been asked several times about this since the series started, and in my view, some of it has been overblown – but yes, there have been times when a line has been crossed and certain parties have let themselves down.

Let us be straight here. This stuff has always gone on in cricket, and not just the highly-pressured Ashes. It occurs in the greatest arenas in the world, and I cannot think of a nation that doesn’t play its part. In my autobiography, Keeping Quiet, I described how the Sri Lankan fielders treated me to the most fierce verbal ‘welcome’ I have ever received when walking out to bat in the 2007 World Cup. They were like a pack of wild animals. The content of what they said wasn’t for the faint-hearted – you’ll have to buy the book for the uncensored account.

There is no shame in dishing it out and taking it, when the heat is on and you are going hard at each other as teams. There is something to be said for subtlety with your words and actions – getting under an opponent’s skin, mentally, doesn’t have to be achieved through abuse – but international cricket should always be about passion and intensity. There is no more challenging arena.

The game, though, has moved to a different place during the later years of my career and since I retired. There are cameras and microphones picking up almost every utterance in the middle. There is no point in the players objecting to that – it is there, and they have to adjust their actions accordingly.

Sometimes it is difficult to know what is acceptable and what isn’t. Once the current Ashes series is over, I imagine Michael Clarke, the Aussie captain, will regret saying that Jimmy Anderson should “get ready for a broken arm” – a comment that was heard in the First Test at the Gabba. There is a line that shouldn’t be crossed and Clarke will probably accept that such a remark strayed a bit too far. But again – in the heat of the moment certain things happen that normally wouldn’t. It is not always easy to contain it.

In many ways there is nothing to do other than step up to the plate, as my old friend Steve Waugh often says. With their performances and attitude Australia have certainly done that. They have deserved the success they have had. I do think, though, that elements of the Australian press have joined in a little too eagerly. Some of the front-page treatment of England players like Stuart Broad has been in poor taste. I think those sections of the Aussie media let themselves down. On the pitch, did David Warner also drop his standards when he celebrated his Perth hundred by roaring in the faces of some of the England players?

Again, it’s a matter of opinion. Mine is that I’m all for players showing emotion, but this game has a habit of biting your backside if you treat it badly. Old Mother Cricket comes around you, taps you on the back and says that certain things ought to be remembered. If you make a hundred in an Ashes Test, you are free to celebrate it big-style (unless you’ve been dropped five times and ridden your luck all the way home). It’s a superb achievement that few cricketers are able to touch. But there is no reason why this cannot go hand-in-hand with a bit of humility. I think the time is coming when we will see a couple of rival players going toe-to-toe in the middle when things get really over-heated.

The game needs to be aware of this and umpires and captains need to be on alert. International cricket is a special game because of its intensity but it would be a serious shame if things got really out of hand.

To read more of Paul’s thoughts, visit his autobiography page